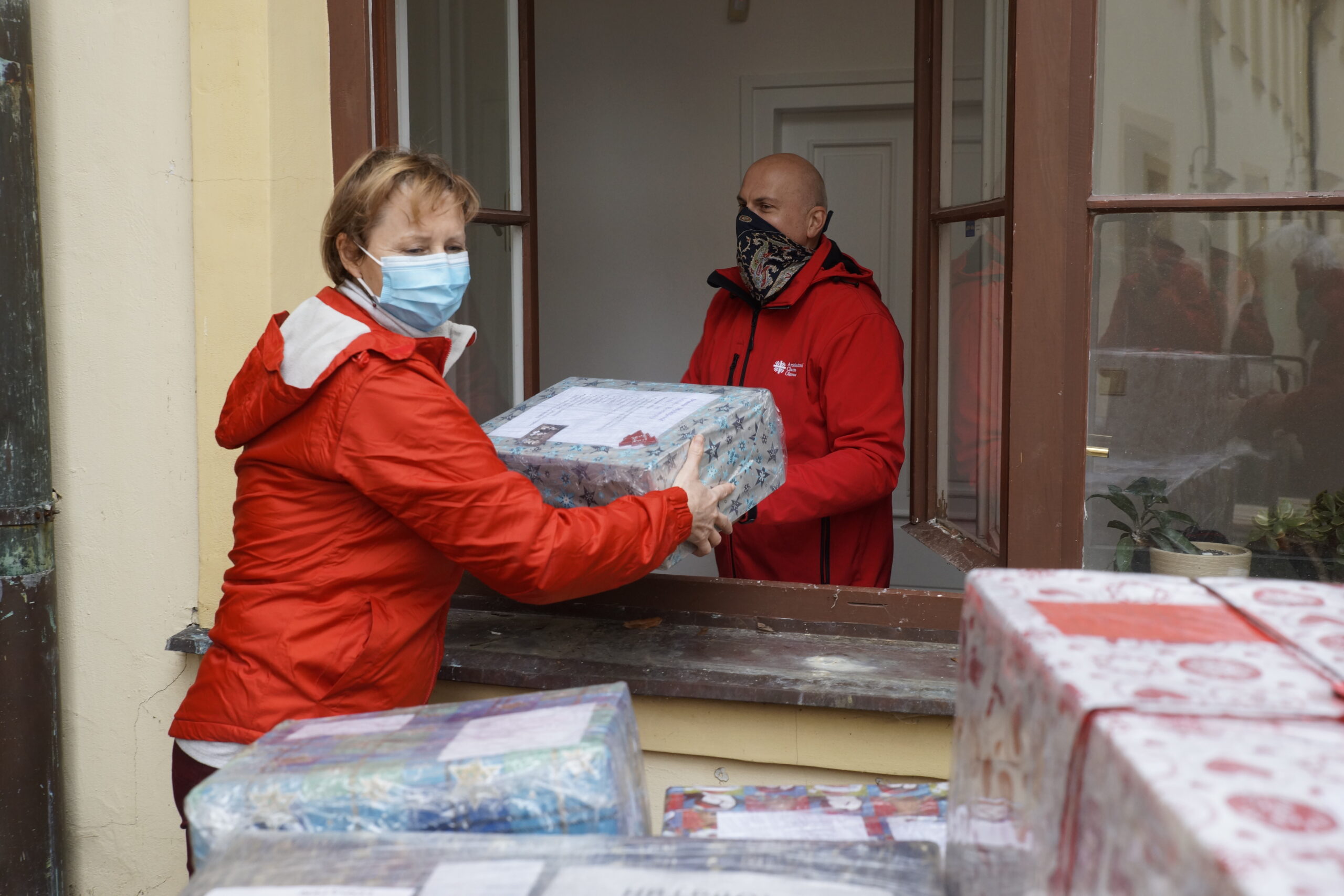 363 Christmas presents will be handed over to the haulage contractor in the morning of December 15th. All that will be left is to wish a safe journey to the Ukrainian city of Ternopil where partners of the Caritas of the Archdiocese of Olomouc. For the first time since 2008, when children received their first packages from the hands of the director of Caritas of the Archdiocese of Olomouc Václav Keprt, we were unable to deliver these presents to Ukraine in person. The epidemic situatio won’t let us deliver these presents personally and share their joy, which we then share with our Czech donors.

Caritas of the Archdiocese of Olomouc announced the Christmas package event for the twelfth time. Packages were sent in by individuals and even whole families from all over the Czech republic. The Christmas shipment, that weighs 1,2 tonnes, consists mostly of clothes, shoes, writing implements, couloring books, notebooks and toys. Alongside with our partners in Ukraine we chose truly the most needy children, whose families found themselves in need of material relief. Furthemore, some of these children even lost one parent or they are living in the children’s homes.

Throughout the 11 years of this event’s history the custom was that the representatives of Caritas of the Archdiocese of Olomouc personally gave the presents to the children. In the beginning of the next year our partners will have to give presents to children in Bortnyky, Ternopil, Kolomyia and Lopatyn without our presence. The traditional large scale giveaway is not possible due to the ongoing pandemic.  The Ukrainian government is  even considering a nationwide lockdown at the start of the next year.

Traditional present giveaway is not the only thing that got complicated because of the current crisis. “Some families used to bring in their Christmas packages in their respective Caritas before the start of the Christmas season as a form of tradition. This was not possible in the current year, so most presents got sent in via postal service,“ says Khrystyna Novodvorska, coordinator of the projects in Ukraine. “Closed shops caused further complications. Some of our donors are older people who find it hard to buy stuff online. That is why we value those who are willing to help another human being even under these difficult conditions. We are thankful for it,“ adds Khrystyna Novodvorska.

Other like minded people supported the event financially and therefore helped us to cover the cost of package deliveries.

A Gift From Velká Bystřice

Material aid was handed over